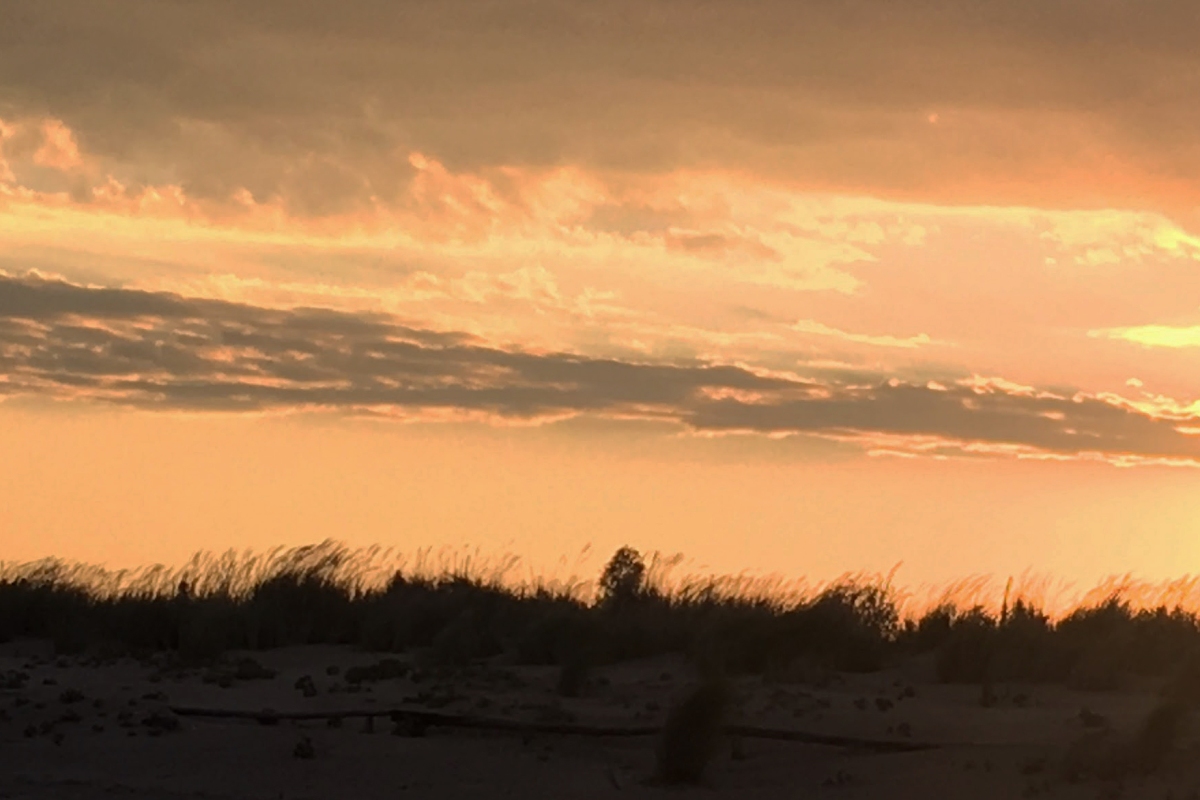 Hey welcome back it’s been a while I’m more and more busy and have less time to work on these travel blogs but my goal is to finish all of them by the end of the year! 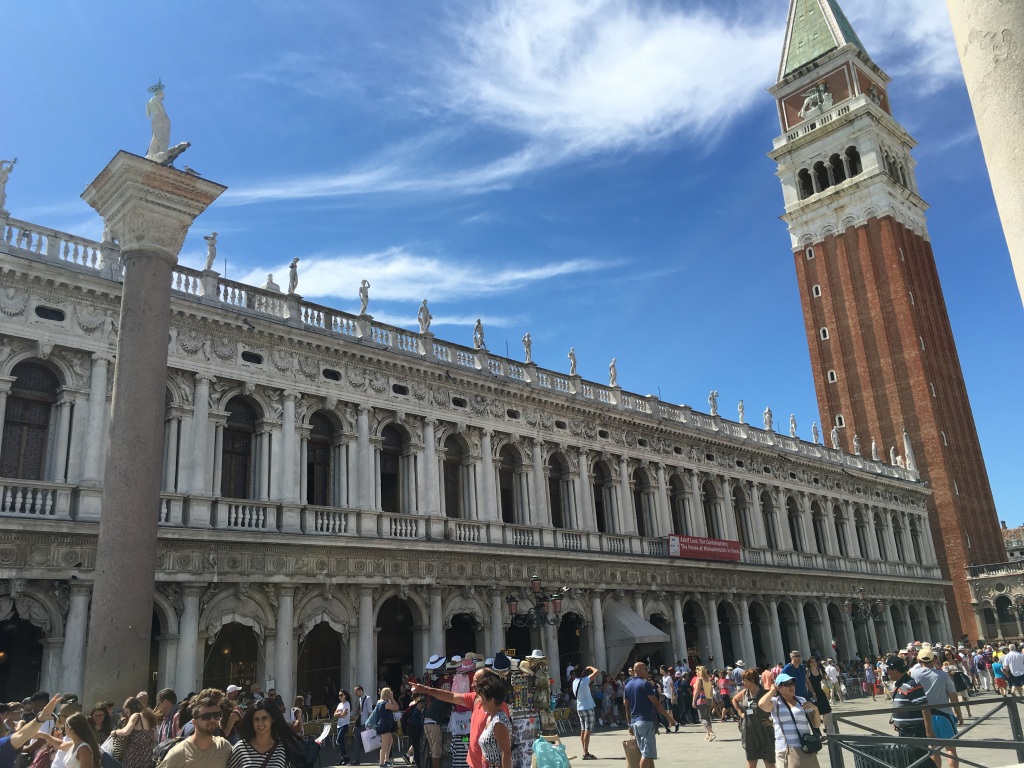 In my little paradise outside of Venice I rested the days away. The first couple of days my routine stayed almost entirely the same. I would wake up and eat a little breakfast, walk to the tiny grocery store that was on the camp and then head to the beach after dropping off my goods. I would walk the beach up and down sometimes for a few miles in either direction before returning for lunch. After eating lunch I would nap in the shade of the enormous pine that covered my little pitch. Later in the afternoon I would Cycle around listening to an audiobook or music before returning to the pitch to charge my phone and eat dinner. 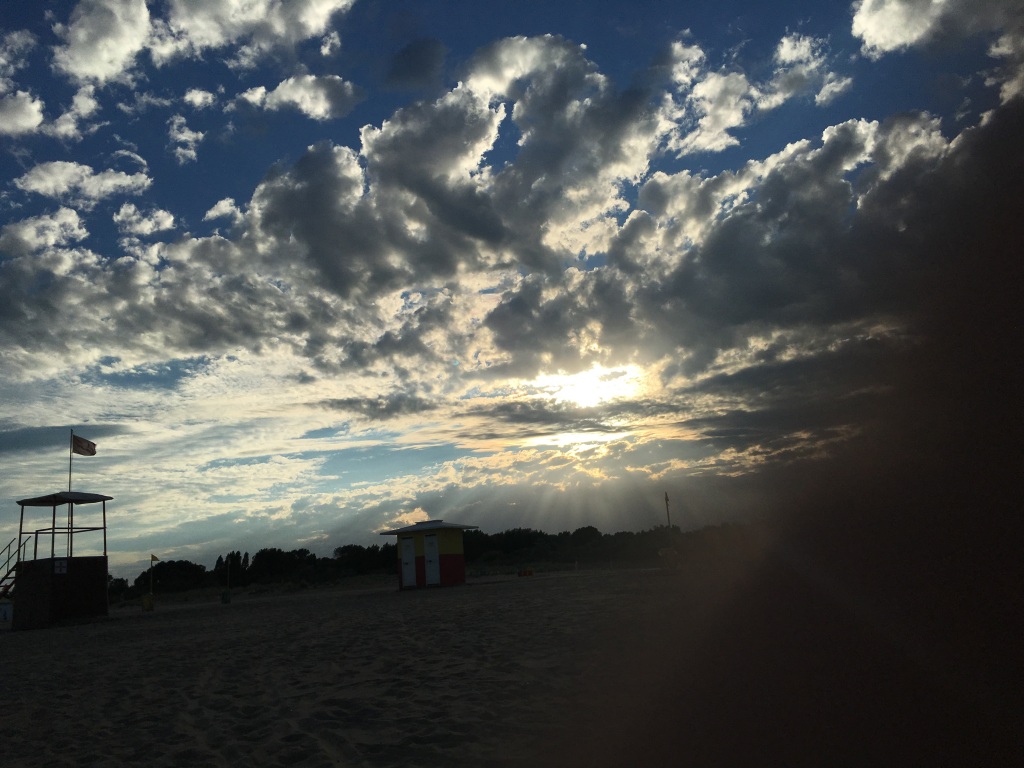 Eventually I had neighbors show up and for some reason this disrupted my little routine. there was a little group of Italian university students and also a small family from Denmark that were placed next to me. The Italians stuck to himself but the Danish guys were much more friendly. They were also quite entertaining as they were acrobats and constantly doing flips and handstands and such. 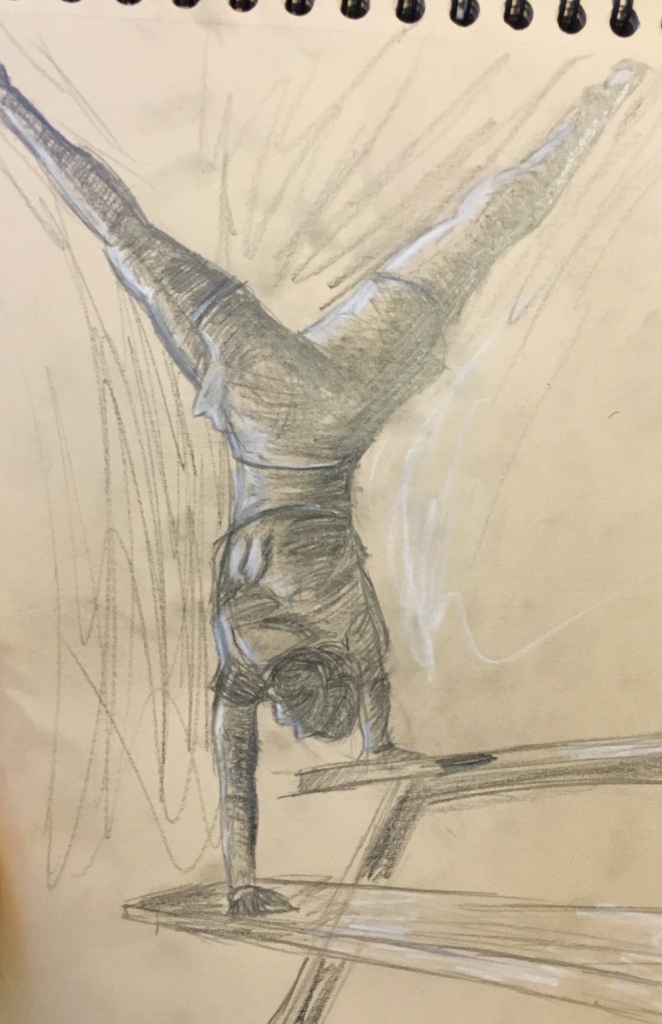 Eventually I got around to getting on my bike and cycling further up the peninsula, my first go of it was fairly short lived as my phone died randomly leaving me without some kind of tool to navigate with. The marshy wetlands with the mountains in the background were stunning to see. 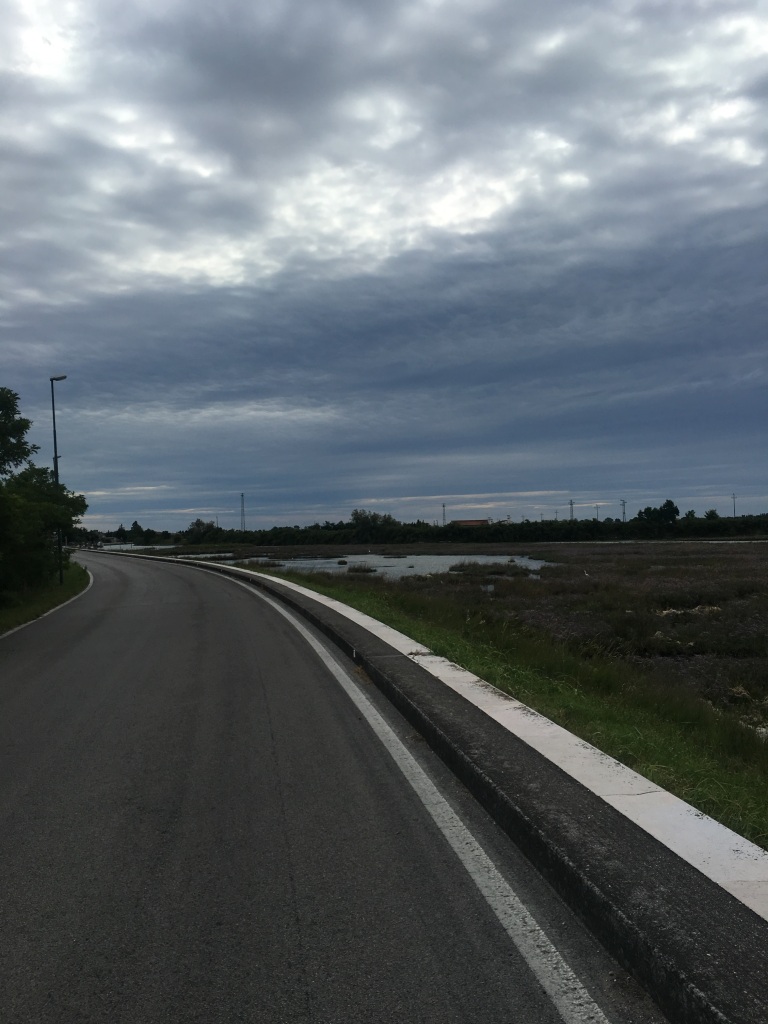 Also I started sketching a lot as I had more free time than before. One of the books that I had been listening to was about Michelangelo and that definitely played into all of the drawing.

The following day was much more relaxed. After doing a full exploration of the camp on bike and also decided to pick up a cheap air mattress that kept me much warmer in the cool evenings. In the afternoon I went out to the pier and watched the boats come in. The sunset over the mountains was so beautiful.

The next morning I woke up ate and made sure I had a full charge before taking off on a little biking expedition. There was a large bike circuit and I wanted to conquer the whole thing. Thankfully it was mainly a path next to the busy road. eventually I came to a small village with lots of touristy looking shops that gave way to more and more houses and local fishing stores. Once out of the village there was a small canal that went left with a 8 foot stone wall that followed on the other side of the road for a few hundred meters This got me back to the marshes. It felt like I was gliding over as a bird at times. At a certain point I came to the end of the road that turned into a coarse dirt path. It was not well kept but there were no signs saying that I couldn’t continue. This overgrown path was loaded up with bugs and tall grass. Oh and did I mention that if you go off the path you get a one way ticket to the marsh water. 10 feet below. The cycling A game was turned on. Thankfully the insects were the non biting type and just buzzed about. Eventually I circled around to a previously passed tiny village. The path terminated behind an old bell tower. An old italian woman just gave me a curious look as I rode by her 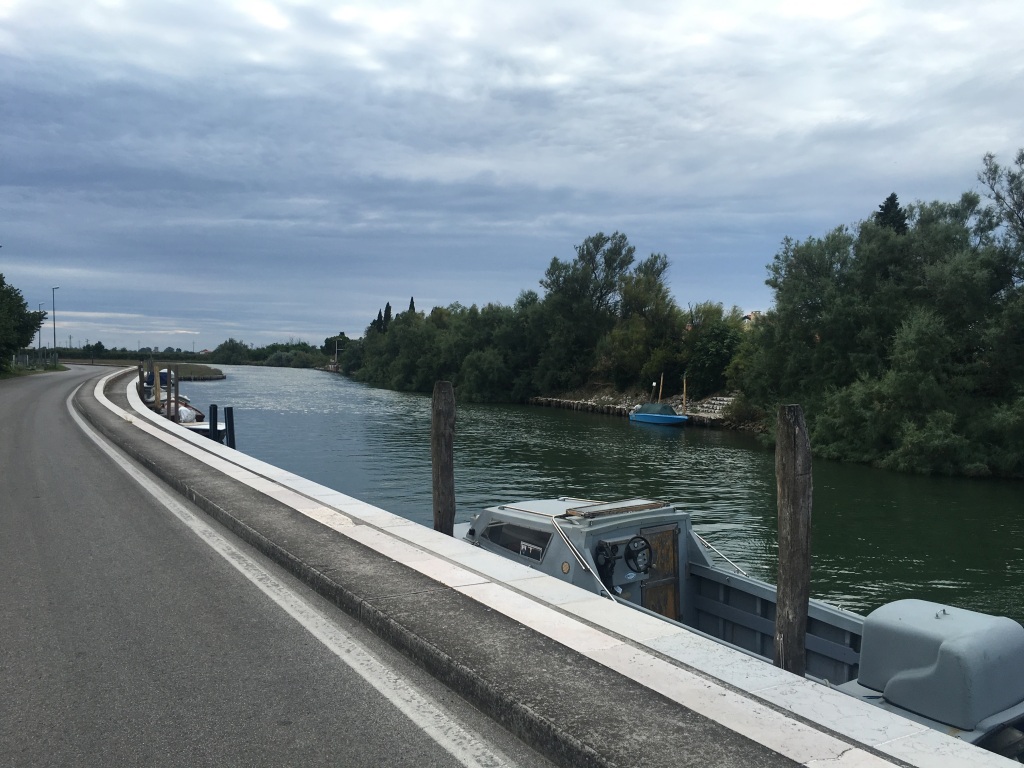 It had been a interesting day I returned home, showered and ate then returned for a nap. After awaking I got a message from a good friend back in the states who let me know that I should check out this great new show on Netflix, Stranger Things. I was happy to stay in my comfortable cocoon and watch this new show. Needless to say I was hooked. I used my 2 hour free wifi allowance to watch a couple episodes.

I roused myself at dinner time and ate a small picnic on the beach before turning in for the day. 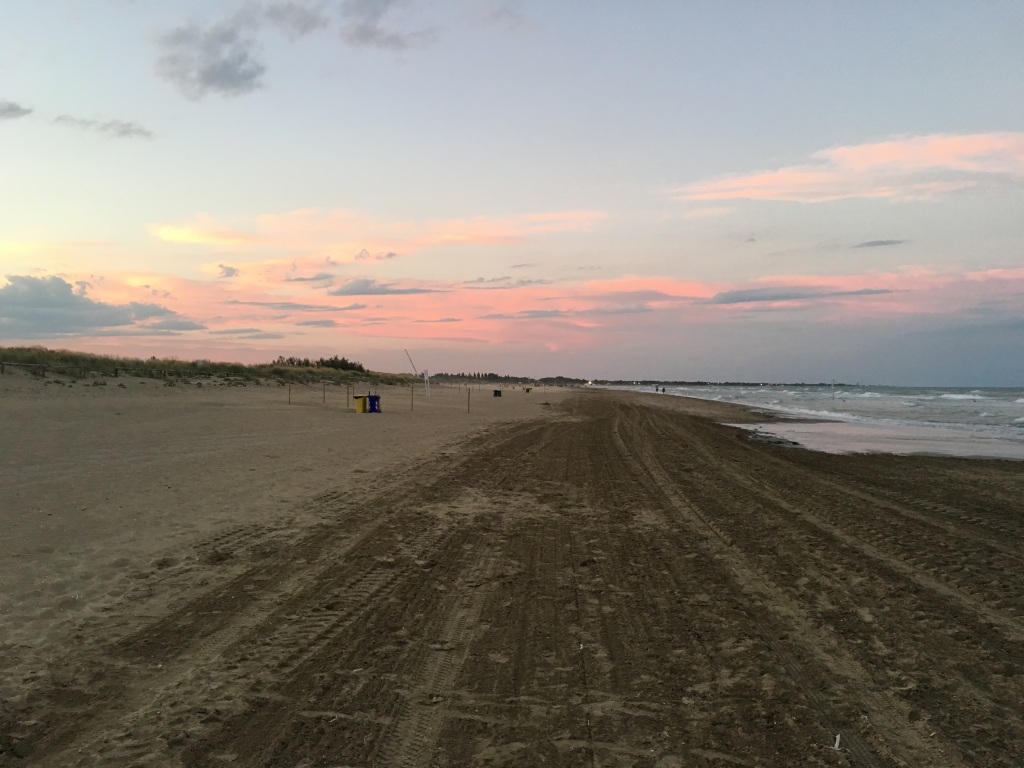 The next day I decided to spend 5 Euro on the 24 hour wifi pass and binge watched the rest of stranger things taking small breaks to cycle a little bit. The Italian students packed up and left as well.

The second to last day I decided that Venice was city maneuvered better with my bike broken down. I went to the little market and found a Tarp to wrap my disassembled bike in during the upcoming travel. I could feel the pressure and inevitability of having to leave my sanctuary soon becoming listless. 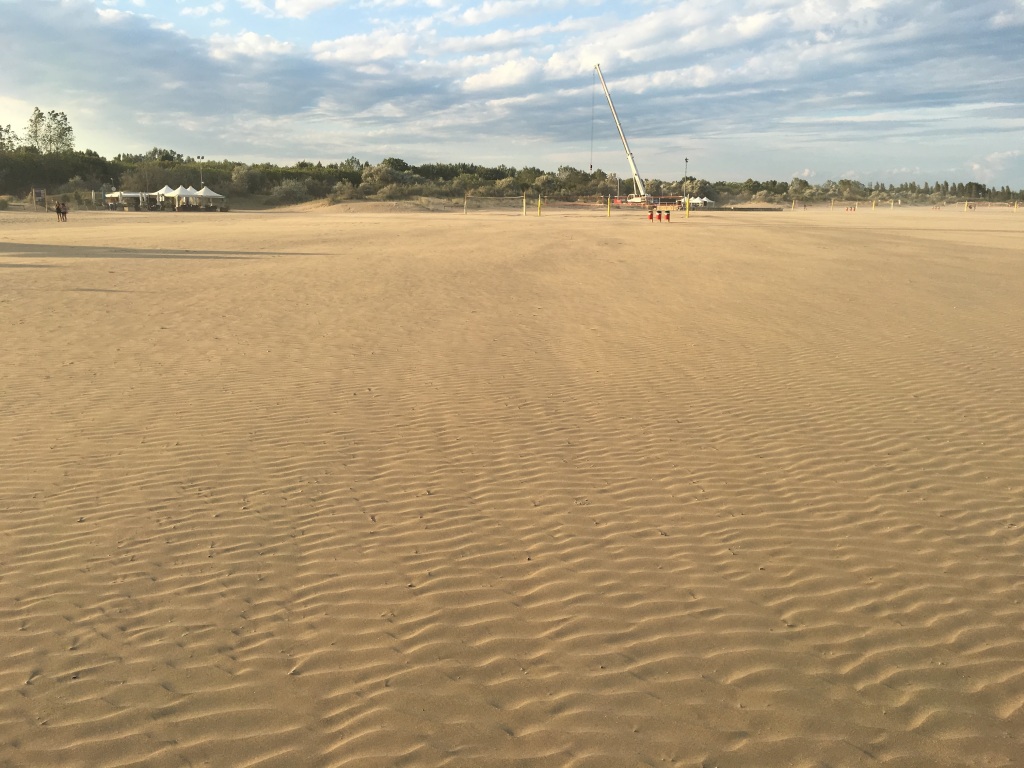 Halfway through the day I decided to paint to try to regain some focus. It ended up being a great Idea. I worked on the anonymous bust that Alfonso had given me in Madrid, doing a study of Dali’s 1934 surrealist bust painting. 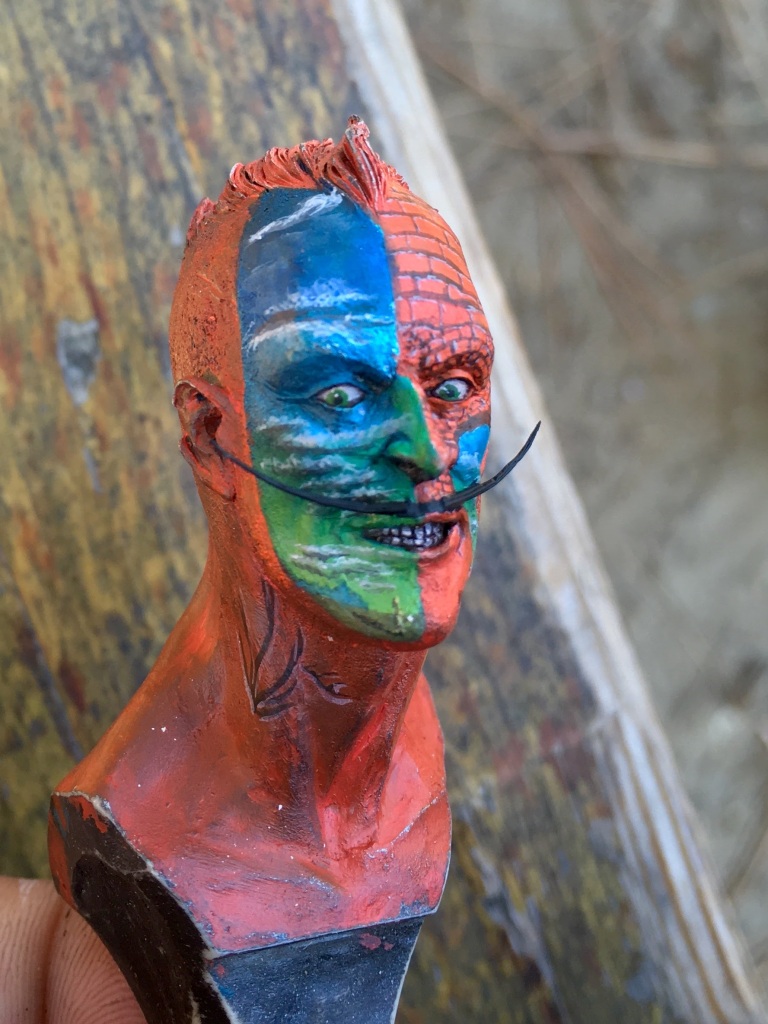 The day before Leaving was just beautiful. In the morning the chaps from denmark invited me to breakfast the next day.  I spent most of it walking the beaches and just enjoying the simple life that had come to me at this moment in time. At night there was a celebration in Venice fireworks went on and on into the night for nearly an hour. The beach had become incredibly windy, I love feeling it whipping across my body. After making my way home to rest and slept like a baby with the sounds of the wind and sea in my ear. 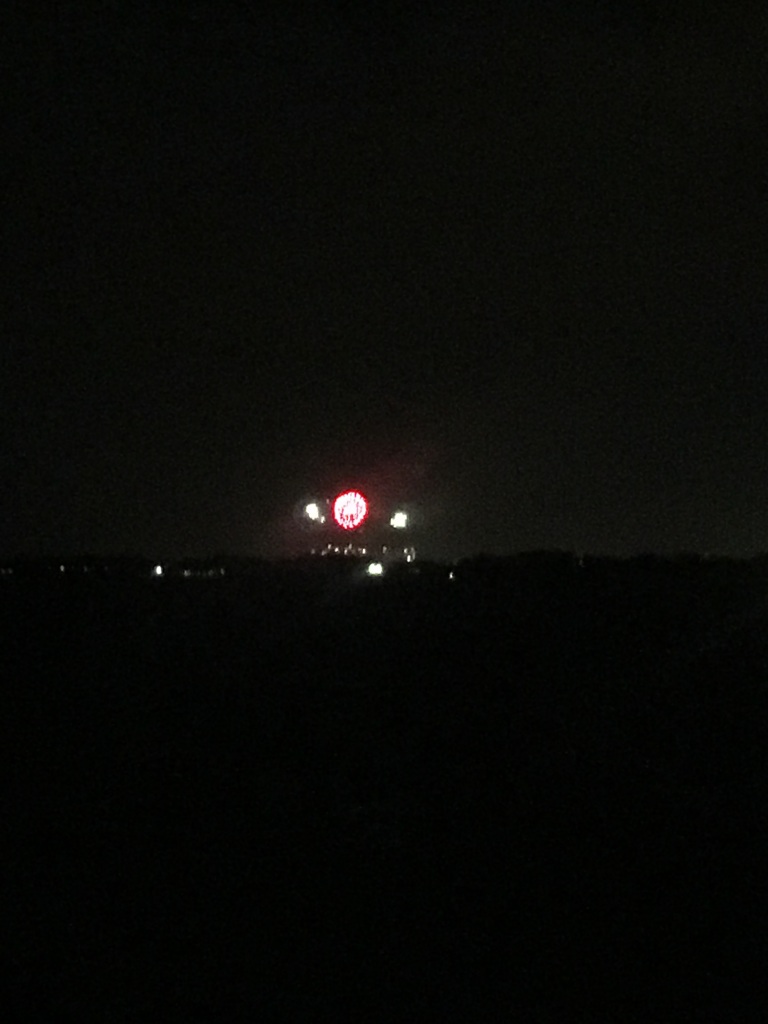 The following Morning I packed everything up and made my way to eat breakfast with my friends from Denmark. They loved cheese,milk and crackers. It was very different then what I normally ate but a welcome change. Both of the parents seemed concerned with me traveling on my own. They let me share my story thus far which was fun. They talked politics with me as well. It’s very eye opening to hear other countries opinions on this.

Eventually I departed and made my way to the dock where I disassembled the bike. I carried her and my bags onto the boat and made the return journey to Venice 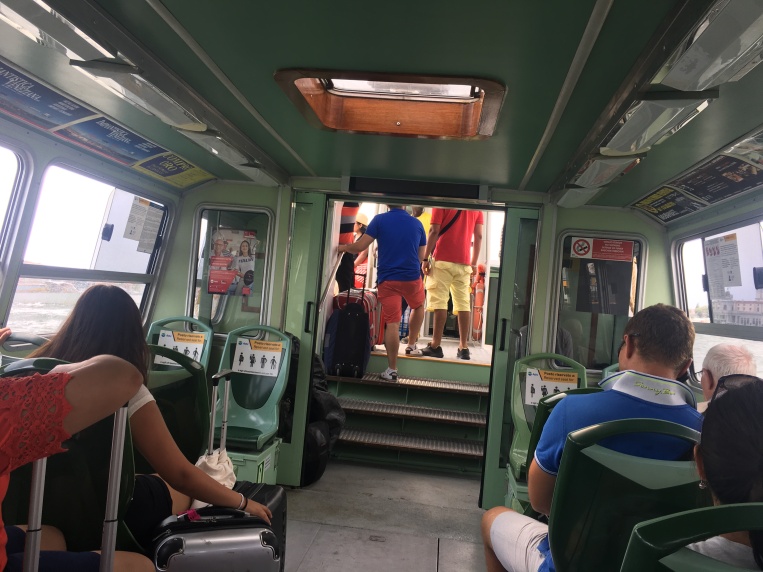 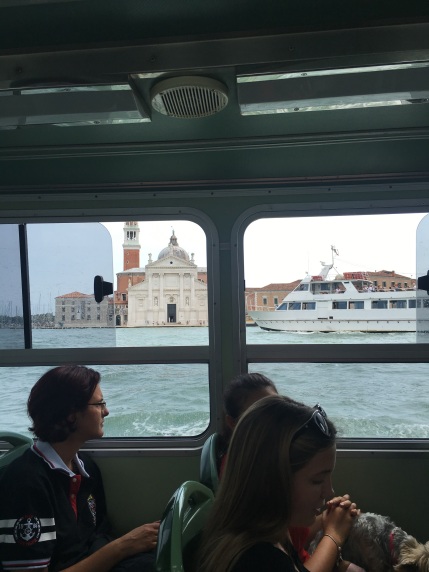 Once in Venice I boarded a boat bus that delivered me to the train station. It’s still amazing to me how much of the travel is done by boat there. It’s like water world. 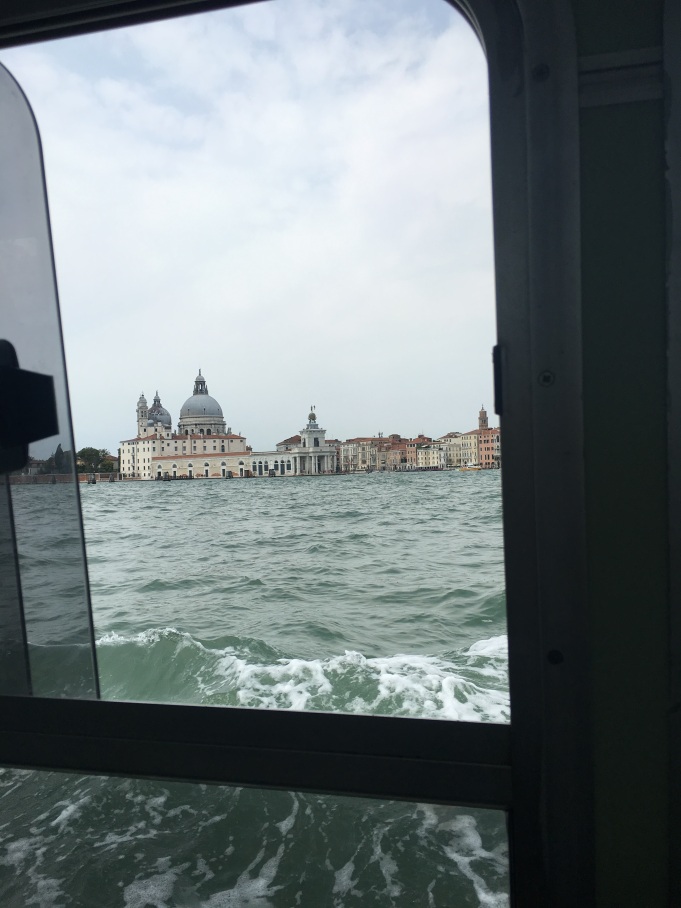 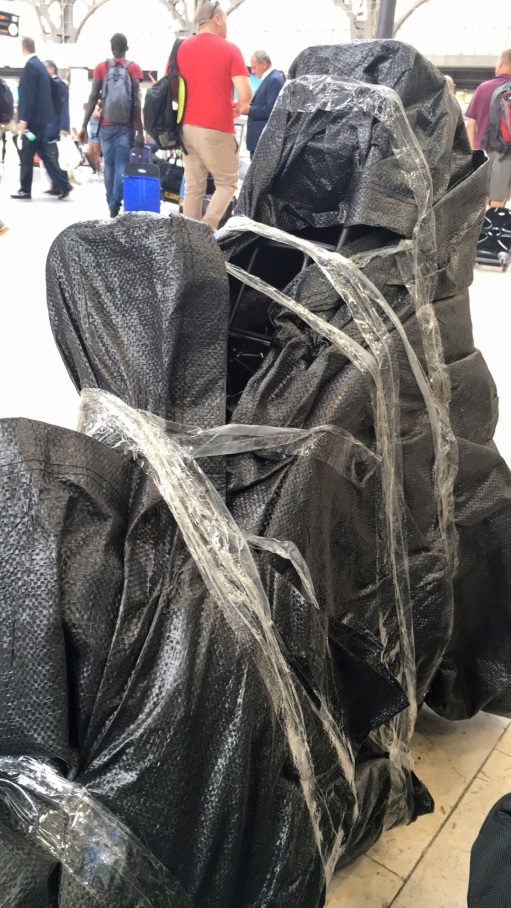 At the train station It took me a long time to figure out how I was going to get up to Germany. Eventually after getting through a customer service line I found out that I would need to travel to Milan and then Zurich before catching a train up to Munich and then back down to Konstanz. I just got the ticket to Milano for the time being and figure out the rest as I went. Thankfully on the train to Milan I secured a couch surf with a cool swiss guy in Zurich. My layover in Milan ended up being a couple hours. I was happy to be leaving Italy all told I ended up spending about 3 weeks there and exploring about half of the country. 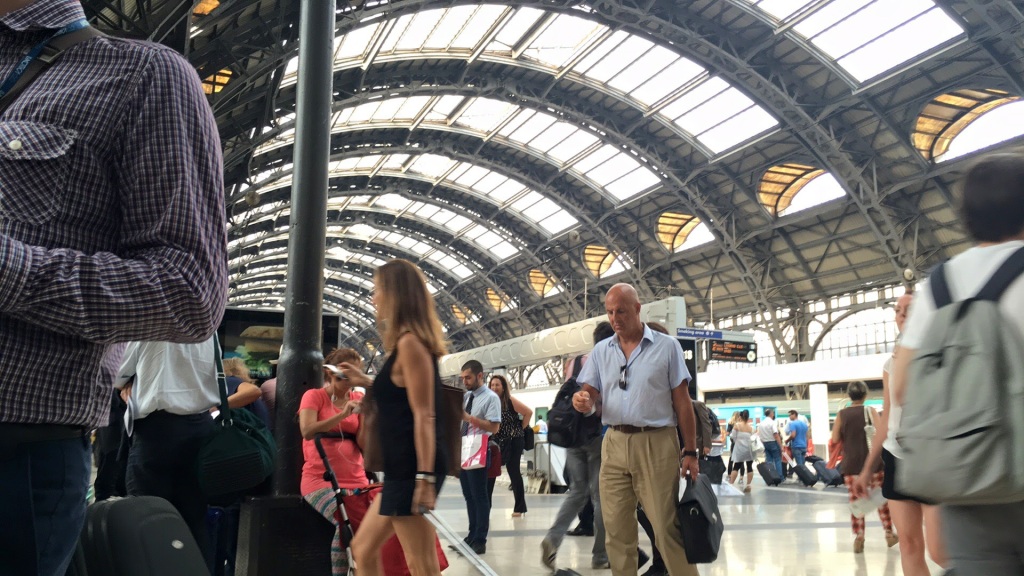 Thanks for stopping by and reading. My time in Italy was life changing as it is for many people and some days I desperately miss it. Especially all the time in Firenze and the Beaches of the mediterranean