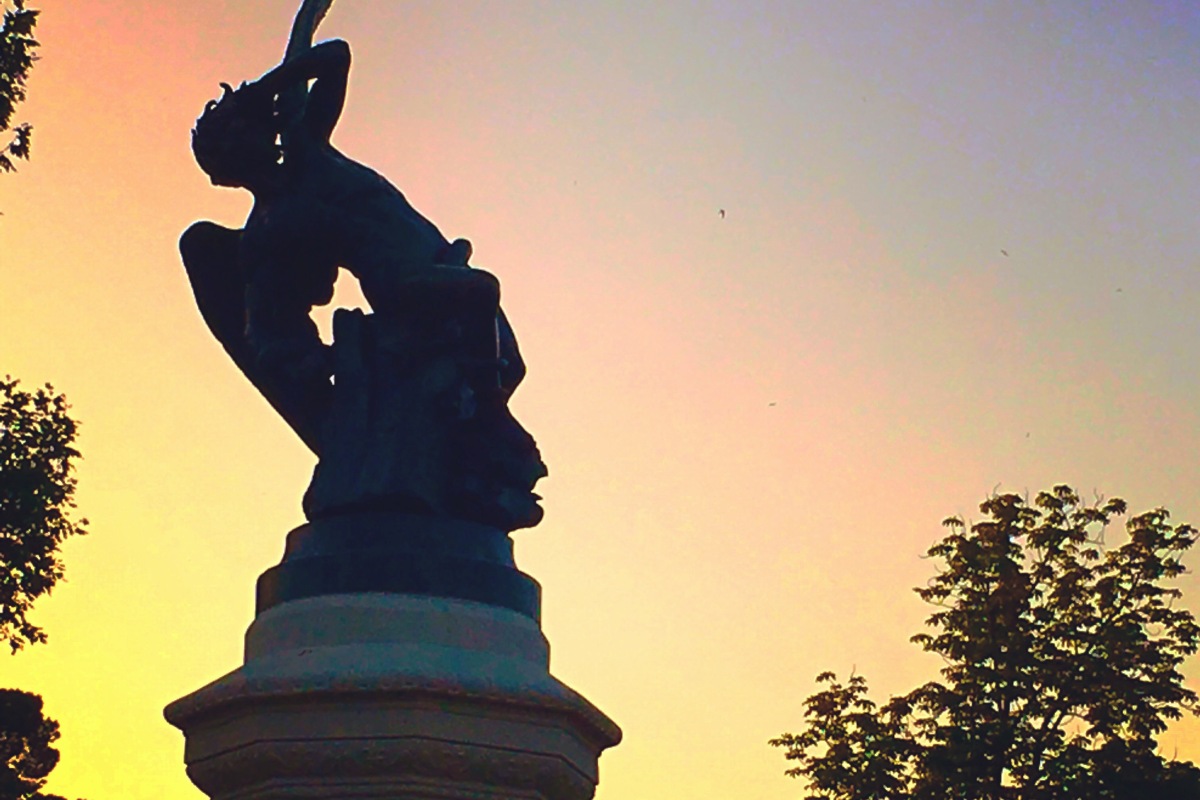 Hello there once again and thanks for checking out my blog and my continued adventures through Europe. Here’s a link to the last part.

The morning of the 23rd I wont lie I was incredibly lazy. I watched Netflix and snacked most of the morning waiting out the heat and really just giving myself some space to recuperate. The only time that I left the room for lunch I ended up meeting one of the other flat mates Stuart. Tall and lean, Stuarts Scottish accent was one of the first things that really stood out.  We shook hands and chatted about our travels and reasons for traveling and our causes seemed to be running in parallel. He had recently gotten out of a long relation ship and just needed to escape his world for a while like myself. Stuart was visiting Madrid from Barcelona where he had been staying previously for some time. We both munched on our brunch and he found the most homoerotic calendar either of us has had ever seen. It was in this moment we both came to the realization that our host was most definitely gay. We had both been pondering this but didn’t want to pass any judgement. Neither of us had any problems at all with gay people, I have friends and family whom I support and love but this was just the most in your face way to find out. Both of us laughed for a long while at the humor of the situation. Stu was from the area near Loch Ness, and no he’s never seen a monster. I told him of my boring home state. After finishing my food I bid my new friend goodbye and retired to my room.

Rafael messaged me not to long after inviting me to a little workout and then a picnic with him his girlfriend, David of the Chromatic Circle and his wife and last but not least Alfonso Giraldez AKA Banshee. We arranged where to meet and when. Hours later I was carrying my bike downstairs to make my way to Parque de El Retiros Statue of the Fallen Angel (Estatua del Angel Caido) on my bike. This was the first time that I had ridden my bike unburdened and it felt incredible, hiting 20 mph (32kph) with a little effort. I made it to the park in no time at all and took a little time to cycle through the park to see some of the sights there.

After getting lost a couple times I rolled up on the little gang of painters and their significant others. The look of surprise on Alfonso’s face was priceless! I was hopping to surprise him but had no idea how successful it would be. After a quick hug and a little chatting David called the group to order and put us in our workout groups. Some how I had been convinced to join in with the workout. Being lazy for the beginning of the day probably had something to do with it. Mainly participating in upper body exercises made me feel like a bum but I had fun either way. I had been paired with Alfonso and for the first three rounds of different exercise he swore like a sailor, It was hilarious. The fourth and final round his Fiance Sofia arrived, that combined with his exhaustion stopped the flow of profanity a little bit.

With the workout finished we started walking to the Palacio de Cristal where we would eat our picnic. Alfonso and I caught up and chatted about the bike tour and his upcoming wedding and why exactly I decided to do this crazy adventure in the first place. His reaction when I told him that I cycled about 1000 km on the bike I was walking was almost as good as when I arrived at the meeting place in the park. We arrived on the bank of a small pond near the Crystal Palace and got out the supplies. This was my introduction to gazpacho, a fresh tomato and cucumber drink with many other delicious ingredients mixed in. We ate and drank beers the conversation going in and out of Spanish. I insisted after a little while that the conversation stay in Spanish as I could understand most of it without problems. Alfonso and Rafael acted as translator when I didn’t know a word here or there. We all walked down to the Crystal palace after finishing and packing up dinner. Alfonso and Rafael both attempted to ride my bike which was a bit to tall for them. Alfonso got it going for a few pedal strokes, before nearly falling off. At the bottom in the ample illumination of the lights over head photos of all of us where taken in turn with different cameras. This was a very happy moment.

We all walked to the one remaining exit, I made quick plans to meet up with Rafael and Alfonso again before departing back to the flat. I stuck to the bumpy cobble stone and concrete side walks, before knowing it I found myself at home. I fell asleep as soon as my head hit the pillow happy and exhausted.

Thanks again to Rafael for inviting me, to David for being a good workout coach and Alfonso for being my workout buddy and to every one that night for being so incredibly friendly. Words cant express what it meant for you to take in this traveler for a evening and treat me with such kindness!

The next article will be about my visit to Big Chile Creatives! It will be one of the first ones where I really get back to what I really love. Miniature Painting.

Please check out these other artist increadible work!

As always Link to my Imgur album full of photos for reference!